The months of February to June 2020 will go down in the annals of church history as containing a number of milestones in the progress of Christ’s kingdom in Atlanta.

Pastor Frank and I had been ministering in an impoverished area of Atlanta since April 11, 2010, starting with a sidewalk Bible study on one of the most dangerous intersections in the country.  Now, almost ten years later, here we were, with a core group of faithful attenders, baptizing adults and children, and preparing for communion the following week.

Plans for this day had begun months earlier, when Pastor Frank started preaching a sermon series on baptism and the Lord’s Supper, so that everyone would understand the biblical basis for, and the important ramifications of, these precious sacraments.

As already reported, in March 2019, Great Lakes-Gulf Presbytery had voted to promote Atlanta Presbyterian Fellowship, as we were previously known, from a preaching station to a mission church.  This meant that we would be offering church membership and administering the sacraments.  Pastor Frank and members of the TGB (temporary governing body, acting as a session) took their time in preparation in order to make sure that these new privileges were undertaken decently and in order.

The first thing was to invite anyone in our congregation who was interested in becoming a member, to attend mid-week evening classes on not only the rights and privileges of membership but also the duties.  They needed to understand what they would be doing if and when they took membership vows.

Pastor Frank held eight sessions, the first one being an introduction and overview, and then seven sessions, each one covering one particular vow.  The participants had “homework” to be completed during the week, answering questions which he had written on the meaning of the vows. 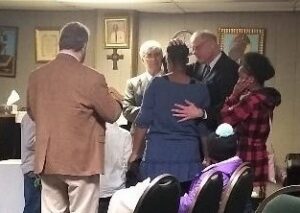 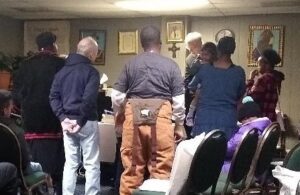 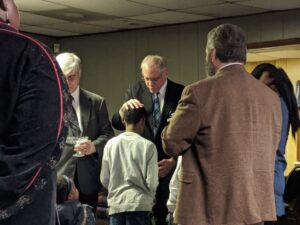 One other person, Andrew Jubera, had been scheduled for baptism but had been involved in a serious bicycle accident nine days prior to the date, had been hospitalized for several days, and was not able to be there.  However, he was present the following week, the day of our first celebration of the Lord’s Supper, at which he took membership vows, was baptized, and partook of communion all in the same service. 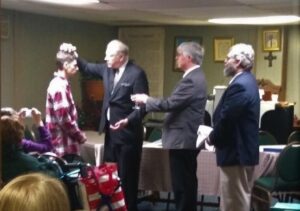 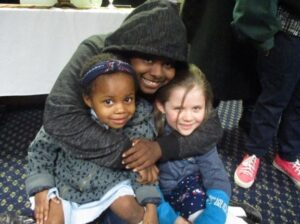 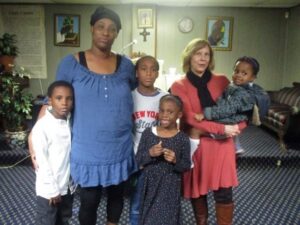 Michele with Tawana and four of her children 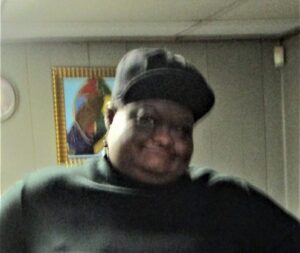 Miyoshi, who has attended almost from the beginning, excited to become a member of Atlanta RPC

In mid-March it became obvious that we may have to put a temporary hold on holding worship services in person.  Apart from the federal, state, and local coronavirus guidelines, we were concerned about the low quality of health of many of our local folk, including kidney disease, HIV, and other immunocompromised issues. There were other concerns, too, such as the impossibility of maintaining distancing while transporting people in our cars. Accordingly, we made the decision that we would not meet the following week, March 22nd.

Pastor Smith encouraged people to listen, on that day, to Dr. Joel Beeke’s sermon on dealing with the pandemic, and also to call each other so that some form of fellowship could be engaged in.

By the following Lord’s Day, Pastor Frank had emailed or texted people with the information to call in to a telephone conference call at 3:30pm.  We engaged in a cheerful time of fellowship followed by Pastor Frank bringing a short message on Psalm 56.  We followed the same format the following Lord’s Day and then, on April 12th, started meeting by Zoom video.  Times of fellowship and spiritual exercises continued on in this way for a further three weeks, with either Elder T.J. Pattillo or Pastor Smith bringing the message.  We were encouraged by the number of participants during this time, ranging from 14 to 21, with an average of 17.

On May 10th, we met in person for the first time in eight weeks.  We decided that, for the first time back, we would meet outside on our porch and grass.  Even though the temperature was only 72⁰, the sun was shining directly onto the porch and there was precious little shade, so, one by one, people moved inside, to a cool spot from which they could still hear the preaching.  We had fifteen people join us in person, with another four listening in and participating by speaker phones.  T.J.’s family listened on his phone, and church member Jimmie Snider listened on my phone, and, as he told me afterwards, sang the Psalms with gusto (“. . .could you hear me?”, he asked me later). 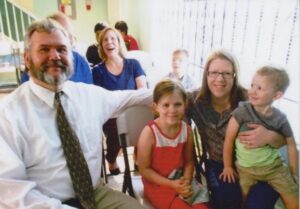 T.J. Pattillo, his wife Nancy, with Hannah and Sawyer 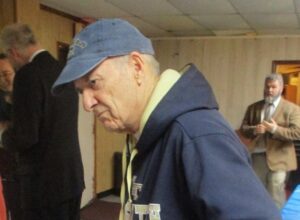 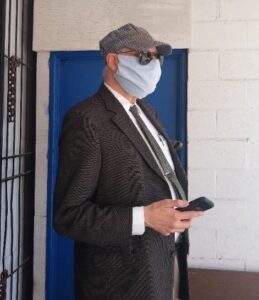 Who IS that masked man? 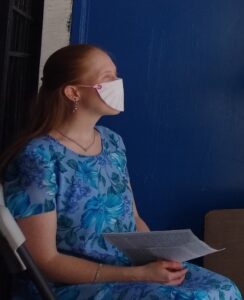 There is another exciting piece of news, which has to do with the purchase of the building that we had been leasing since October.  At the beginning of December, we had just a bit over $15,000 in our building fund. In my article towards the end of that month, I noted that we then had $20,000, and I asked your help to raise at least a further $30,000 in order to have a 25% down payment on the $200,000 building.   Well, the Lord was more gracious than we could have thought or imagined.  By the end of May we had received over $75,000, and had been granted a 3% mortgage by the Trustees of Synod for a loan of $150,000.  On June 1st we had all of our paperwork in hand (title insurance, proof of property insurance, etc.) and were able to close on the building.  In addition to the loan, Synod awarded us a $10,000 grant at closing, increasing the total amount of building fund moneys to close to $86,000. This means that in six months, we had raised more than $70,000!

The day of the closing, however, was not without drama.  There were technical issues regarding getting the mortgage loan funding actually transmitted to the attorney’s office.  By God’s grace, however, the money arrived as we were actually in the process of heading down to the closing, and from then on everything went smoothly.

Because of the gracious giving, the extra donations will allow us to do some much needed repairs, improvements, and even a new sign.  We would also like, by means of future donations, to be able to pay off the 20-year mortgage ahead of time.

So, a big THANK YOU to you all for your most kind and gracious gifts.  We stand amazed at the Lord’s blessings, and look back at His awesome providences in bringing us this far. 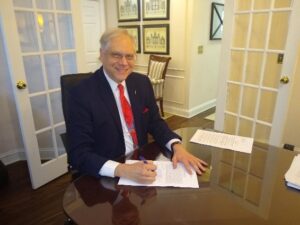 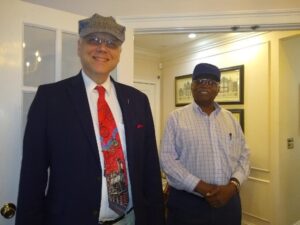 We now have three big causes for celebration, deserving of a party when we are able to do so!  The first is one that had been planned by Michele for her young Sunday School class of 5 to 10 year olds, on March 22nd, for having memorised the Ten Commandments—not a summarised version, but the entirity of Exodus 20:1-17.  And that turned out to be the first day that we did not meet for church in person.

The second is the ten-year anniversary of our ministry in downtown Atlanta which would have been celebrated on April 12th.

The third cause of celebration, will be in gratitude to the Lord for the finalisation of the purchase of our own building, planting, more firmly, the Church of the Lord Jesus Christ in the heart of this great metropolis.