The year 2020 brought with it a number of challenges with which we are all familiar, but throughout them all, the Lord guided, preserved, and prospered our congregation.

As you are already aware from an earlier article, we had moved into our current location in October 2019, renting it from a church which, as a result of its aging population, was in the process of disbanding.  This, Pastor Frank thought, might give us the opportunity to purchase it in the upcoming months if the Lord so willed.  The ministry had begun nearly ten years earlier, and all through the intervening years, he maintained and pursued his vision of our owning our own building and planting the flag of King Jesus in the heart of this great city of Atlanta in which we minister.

And, as you now know, in June 2020 the purchase was made, but that wasn’t the first milestone that we hit in 2020.  Having been established the previous year as a mission church rather than a preaching station, we were able to celebrate our first communion service on February 16th.

Not long after that, of course, COVID hit, and we decided that, given the unusual number of members in our congregation with pre-existing health conditions, some of whom were significantly immunocompromised, we stopped meeting in person in late March.  We figured out ways to get together using video conferencing with those who had access to the internet and phone conferencing with those who did not.  At least, thankfully, everyone in our group has a phone even though few have a computer.

We resumed meeting in person on May 10th, and less than a month later the papers were signed giving us ownership of our church building.

Even though we began meeting again in person a lot earlier than many congregations (most African-American churches in Atlanta are still meeting virtually), we had only one case of COVID in the congregation, and that was not discovered until after this man, who has significant underlying health issues, had recovered from it.  The Lord has been very gracious to us.

In order to create as little physical contact as possible at our gatherings, we met only for worship to begin with and didn’t start Sabbath school again until the first Lord’s Day in October. 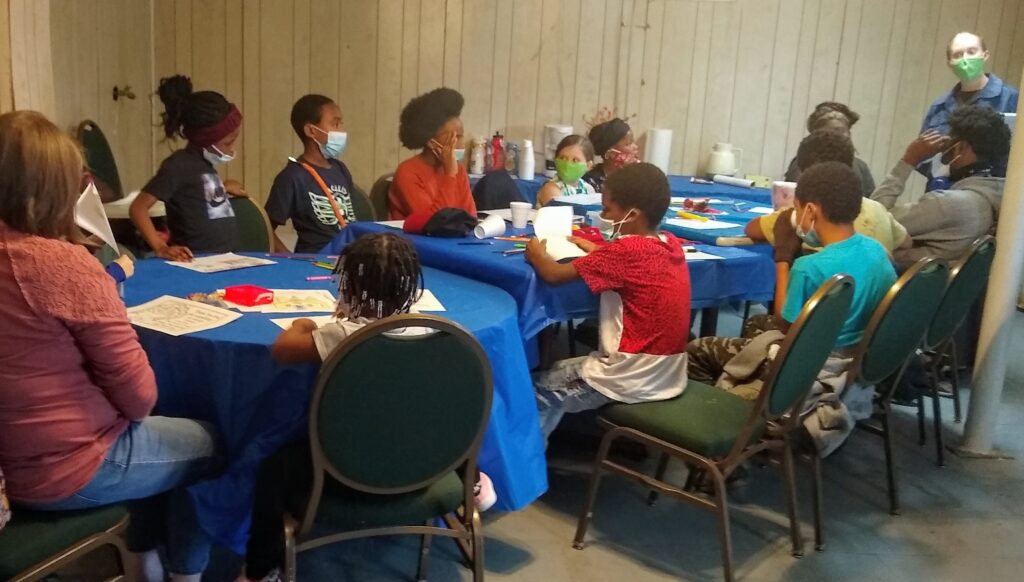 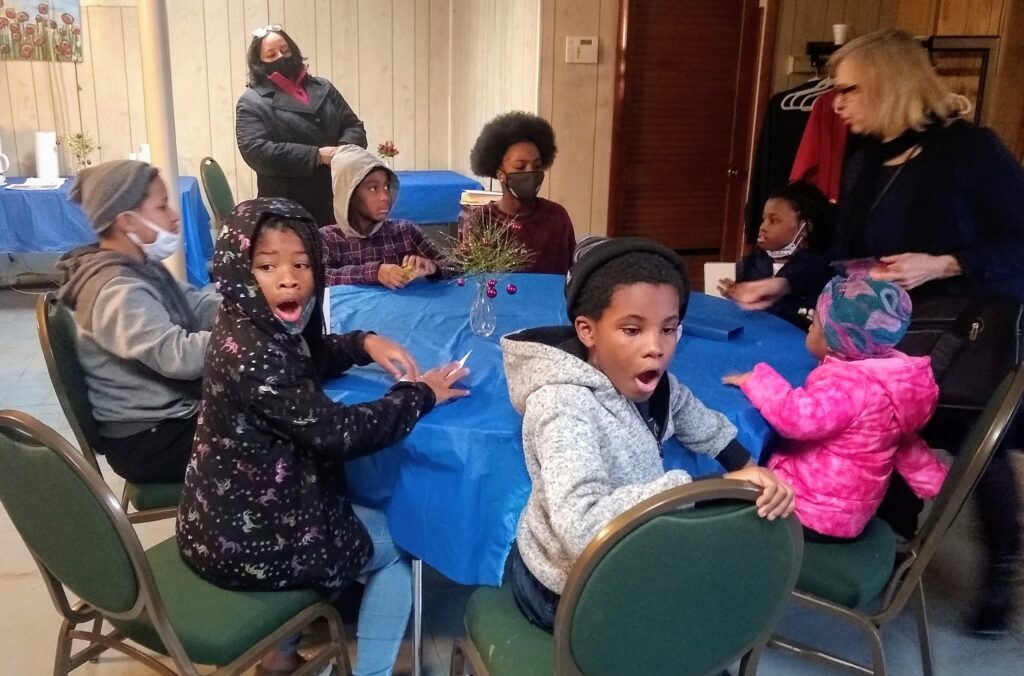 SURPRISE!
Children start to spot the surprise that Miss Michele brought them

We have been very excited that, during the months since we started meeting again, a number of first-time visitors have returned and keep coming back.  They are telling us now that this has become “my church”.  One person looked us up and started attending after watching the hour and a half long documentary Spirit and Truth:  A Film About Worship, in which we were featured.

In early summer, ARPC started a bi-weekly men’s meeting on Wednesday evenings led by Elder TJ Pattillo.  The men read and discussed a Matthew Henry book, Building a God Centered Family: A Father’s Manual.  It was put on hold for a while following Andrew Jubera’s tragic death in late June and resumed later in the year.  The number of men attending has grown since that time.

In spite of the pandemic last year, we averaged an attendance of 25 people per week.  This year we are averaging 27 so far.

Please continue to pray for us as we move forward into the new year:

Thank you all for your continuing interest in this ministry.

May God bless you and keep you safe.