June 2016―Earlier this year an elder and his wife from our Columbus, Indiana, congregation, Gary and Cynthia McNamee, visited the ministry in order to experience it for themselves and to make plans to return in the summer with a small team of workers in order to conduct some door-to-door work and run a Vacation Bible Study program.

As a result, on Saturday, June 11th, Gary, Cynthia, their son McCheyne, Bryan Planalp and his son Thomas, Joy Decker and Sam Goble, otherwise known as the Atlanta Seven, left Indiana in Gary’s 12-passenger van towing a trailer carrying all their supplies and headed south.

However, the team ran into a challenge, as the air conditioning in the van soon became intermittent, most likely due to pulling the trailer in hilly country in temperatures that spiked into the 90’s.  But the situation wasn’t dire and our stalwart crew carried on undaunted.  About three hours out from our house, however, they broke down completely and found themselves stuck on the side of the road―still in very hot temperatures. It was about 2:30 pm, and there was much concern that they wouldn’t make it to Atlanta that evening. But the Lord provided the right people with the right skills at the right time to get them back on the road and they arrived at our house at about 8:30, tired but looking forward to their adventure.

But air-conditioning woes would continue to plague the endeavor. The next day when we arrived at the duplex for Sabbath School and the worship service, we found that the temperature in the building was 99˚! 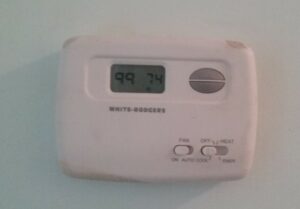 We had been dealing with air-conditioning issues for several weeks and someone had come by during the week to fix the problem.  However, he reattached wires incorrectly resulting in the furnace coming on instead of the air conditioning unit resulting in it being hotter inside than out.  Thankfully there are a number of shade trees around the property so we were quickly able to set up two children’s Sunday School classes and the adult class outside. 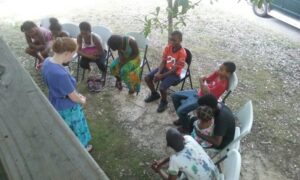 Mercifully, the worship service went well in terms of comfort and blessing.   In spite of an outside air temperature of 97° and the edge of a small squall passing near us accompanied by the sound of thunder, forty-four souls remained dry and comfortable under the shade of the trees singing Psalms, praying, and hearing the Word preached by Gary McNamee. 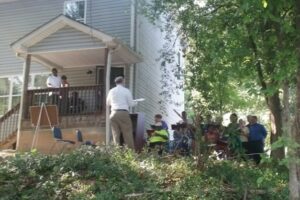 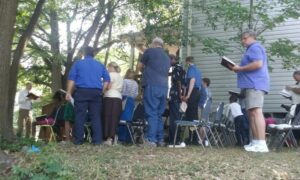 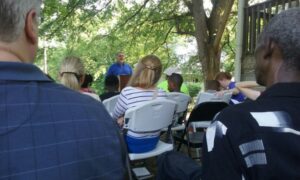 On Wednesday afternoon one of the Atlanta Seven, Thomas Planalp, conducted a basketball clinic at the Boys and Girls Club as an outreach to the community.  He was assisted by his father Bryan, and Gary.  It was a huge success, with eighteen local boys participating.  The club leaders were also very grateful for the effort put in by the group as well as the balls and other equipment they donated.  At the end of the workout Thomas did a really fine job presenting the gospel to the boys, even though two of them were unwilling to listen because they were Muslim.  Those who remained were given wrist bands and head bands with scripture verses written on them.  Each boy was also given a Bible containing Atlanta Presbyterian Fellowship’s name and contact details inside.

Following initial preparations and set-up at the beginning of the week the Atlanta Seven were raring to go with VBS starting at 5pm on Wednesday afternoon, following the basketball clinic, and going for three hours.  The air conditioning situation had been improved upon but not completely fixed.  We started off cool but warmed up rather quickly.  A total of 38 people were in attendance including fifteen local children and four local adults.  The theme was “God Always Wins”, and began with a lively song, “Don’t Be Afraid”.  The skits aimed to illustrate how God does indeed always win.

The skit on this day told the story of how God led Moses to victory against Pharaoh.  It was exceptionally well done with magnificent acting featuring Sam as Moses persistently confronting Pharaoh played by McCheyne, and a tall, menacing soldier portrayed by Thomas.  The costumes and props were very cleverly done, especially the portrayal of the plagues, including the river turning to blood. Finally Moses leads God’s people to the Red Sea and the pursuing soldiers are swallowed up. 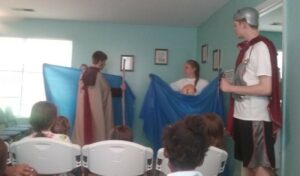 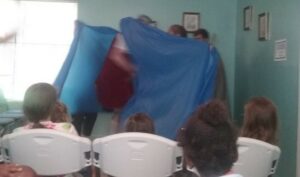 The players held their audience captive―everyone loved it. 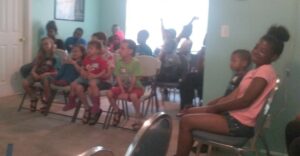 Chick Fil-A had kindly agreed to provide meals for the group.  Before the appointed dinner hour boxes of chicken sandwiches, bags of chips and cookies were delivered and much enjoyed. 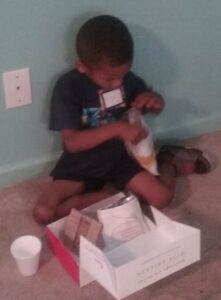 Following dinner the children split into two groups, one to play games outside and one to do craft activities. 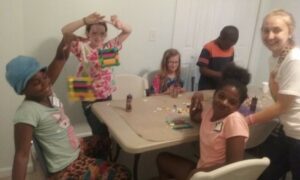 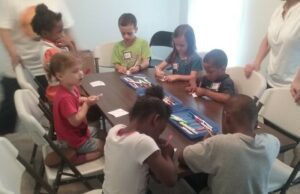 At the end of the evening everyone reassembled to practice the song and pick up their completed crafts. Here, too, a Bible was given to every child present. 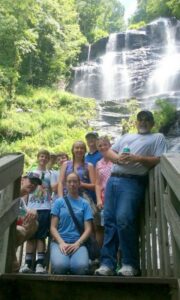 The following day we had 47 in attendance with nineteen local children and ten local adults.  The same schedule was followed.  The skit this time, continuing the theme that  God always wins, illustrated the story of Elijah and the prophets of Baal which, again, was extremely well done.

On their final full day in Georgia, the Atlanta Seven relaxed and enjoyed Amicalola State Park featuring Amicalola Falls, the tallest waterfall east of the Mississippi.  The group is pictured here with Pastor Frank and one of our Sunday School teachers who joined us on the outing.

It was tough saying goodbye to our new friends whom we had grown to love, and with whom we had shared so many experiences during the week.  They were willing to find sleeping places where they could, line up to take a shower, squeeze around the dining table and spread themselves out as required across our house with never a word of complaint.  Cynthia and Joy did a wonderful job gathering and preparing all the meals in an unfamiliar kitchen.  Gary, Bryan and the younger men were willing to engage in anything that needed to be done, including replacing a broken vanity and mirror in one of the bathrooms at the duplex and brightening up all three bathrooms with fresh paint and cheerful shower curtains.  All the men engaged in door-to-door outreach, returning excited about the contacts they were making and never complaining about the blistering hot and humid conditions. 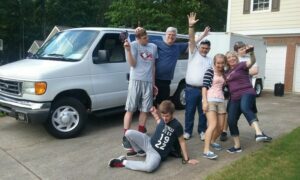 We are so grateful to God for the willingness of the Atlanta Seven to use vacation time to come here and work so diligently and tirelessly to reach out to the residents of this depressed area with the gospel and to bring encouragement to us and our fellow ministry workers.